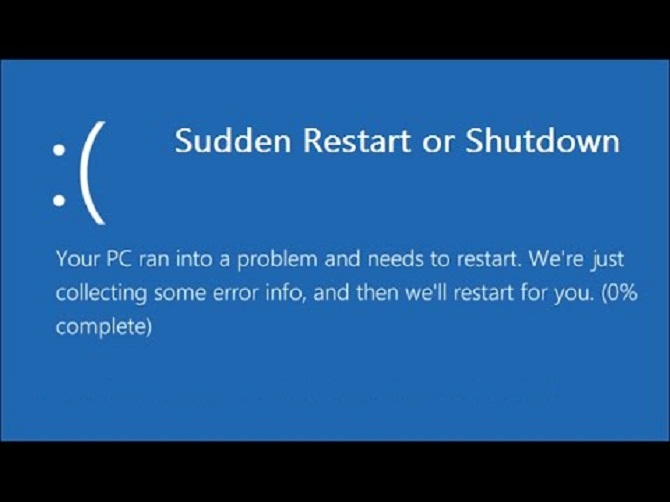 HP Laptop Shuts down Randomly issue can be quite a disconcerting problem. Most people look at the power source to see if that may be the cause. The HP Laptop is much more of a marvel than the competitor laptops in the market. If any component of the HP Laptop gets too hot, then its built-in self-protecting mechanism shuts it down to protect the laptop from possible damages.

Reasons Why your HP Laptop Shuts Down Randomly

Whenever you are in a situation where your HP Laptop Shuts down Randomly, the same solution that applies to a computer also applies to your HP Laptop except the use of a thermal paste. The underlying issues are almost the same and some problems such as excessive heat may affect the HP Laptop more because of its smaller size and compact structure.

One of the most likely reasons of the HP Laptop Shuts down Randomly issue is overheating, which may be caused due to playing games for a sustained periods or working on resource heavy applications. Computer fans perform excellent work to avoid this issue compare to HP Laptops, where HP Laptop fans fails most times because of its compact structure and smaller size. Most computers have a built-in mechanism that shuts off the computer if any component gets too hot.

To overcome this difficulty, you have to pay more attention to the fans of your HP Laptop.

1) You can fix this issue by applying a cooling paste on the processor.
2) Also, ensure that the fans are not squealing, and any of them is not broken.
3) Fix memory leak issues and stop high CPU usage to let your HP Laptop stays at optimal thermal levels.
4) Use an external graphics card and a laptop cooling pad to regulate the temperature if you are facing this issue while playing a game on your HP Laptop.

If your HP Laptop Shuts down Randomly, then it can also be caused due to the failure of a hardware component. The best solution to check hardware errors is, go to the Device Manager and see if it prompts any error message regarding hardware component failure. It would be a good starting point for finding out the solution to the highlighted hardware error. In most cases, physical damage to internal components is the cause of the HP Laptop Shuts down Randomly issue. A diagnosis of all the internal components is a relevant way to ensure the status of connections and hardware integrity in order to resolve this issue.

Often, it looks like the hardware failure is the cause of the HP Laptop Shuts down Randomly issue, but it is not the hardware itself. Sometimes, this happens due to outdated or incompatible device drivers. Changing device drivers can be troublesome, and a driver crash can completely shut down your HP laptop.

AMD Catalyst Suite or AMD Display drivers are one of the common display drivers, which are famous for crashing. There are many more drivers that could cause similar issues. You must have encountered the famous Blue Screen of Death in Windows, which forces you to restart the system.

If you confirm that it is a device driver issue, then it is recommended that you go through the Windows device drivers to find out the problematic driver.